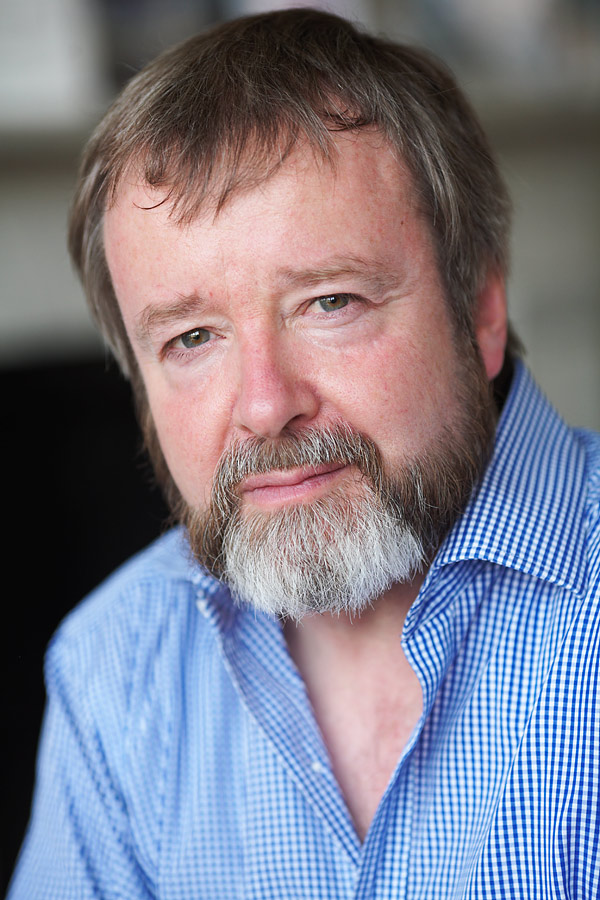 Iain McGilchrist is a psychiatrist and writer who practised in London, but now lives on the Isle of Skye, where he continues to write and make a living by lecturing.

He is well known for his book “The Master and his Emissary” and while Iain had a base in Tunbridge Wells, Chris was asked to take some portraits prior to publication for PR purposes.

A series of images were shot in Iain’s flat using the available window light. Space was limited but there was still enough potential for a creative idea thrown into the mix.

Iain’s book delves into the mysteries of the two halves, or hemispheres, of the human brain. Chris decided to take a shot using a large mirror in the hallway to help illustrate the opposites working together, yet divided at the same time.

The resulting image was processed in black and white to give it a gritty edge, and has since been used in several publications. 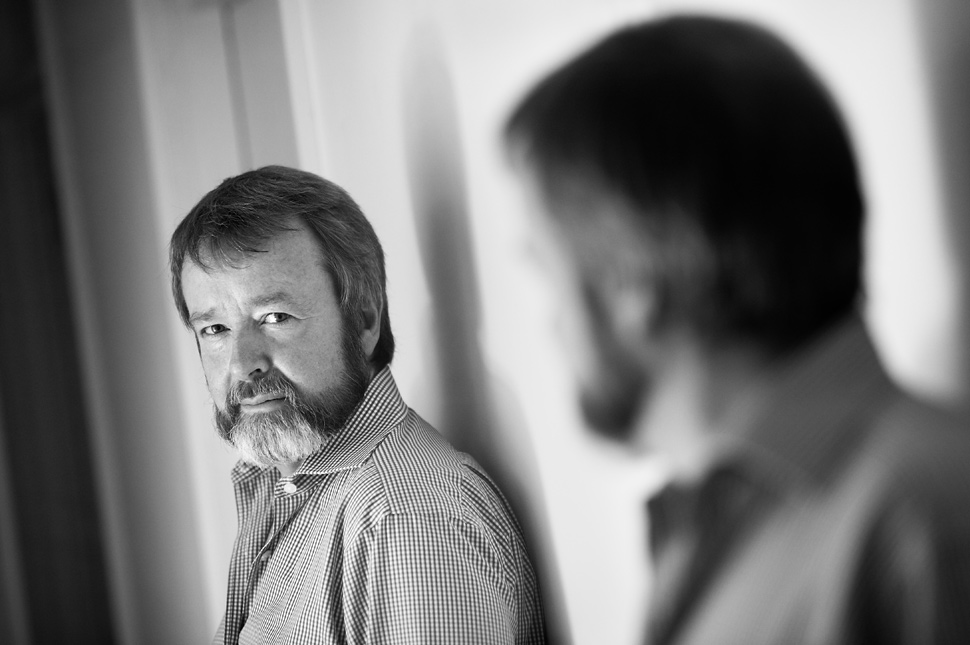 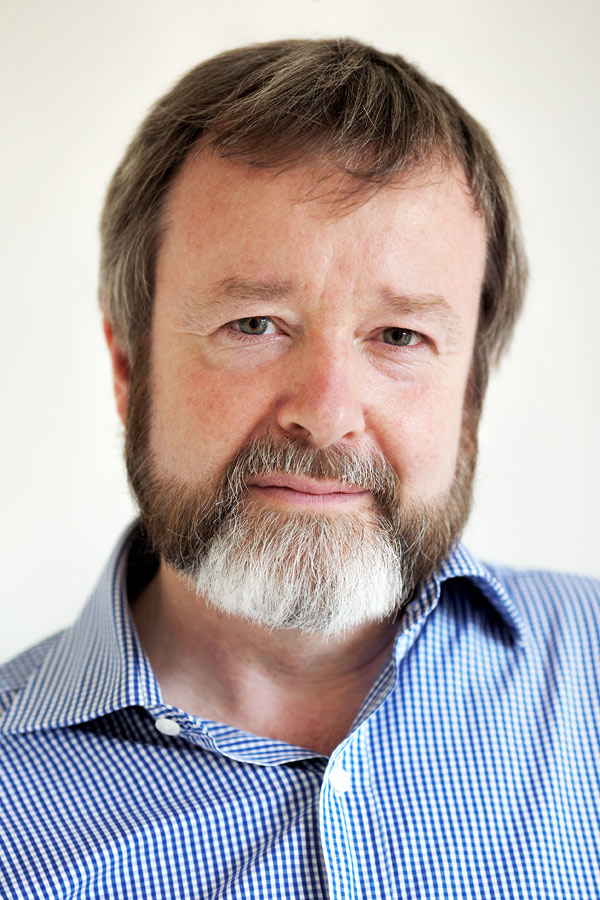 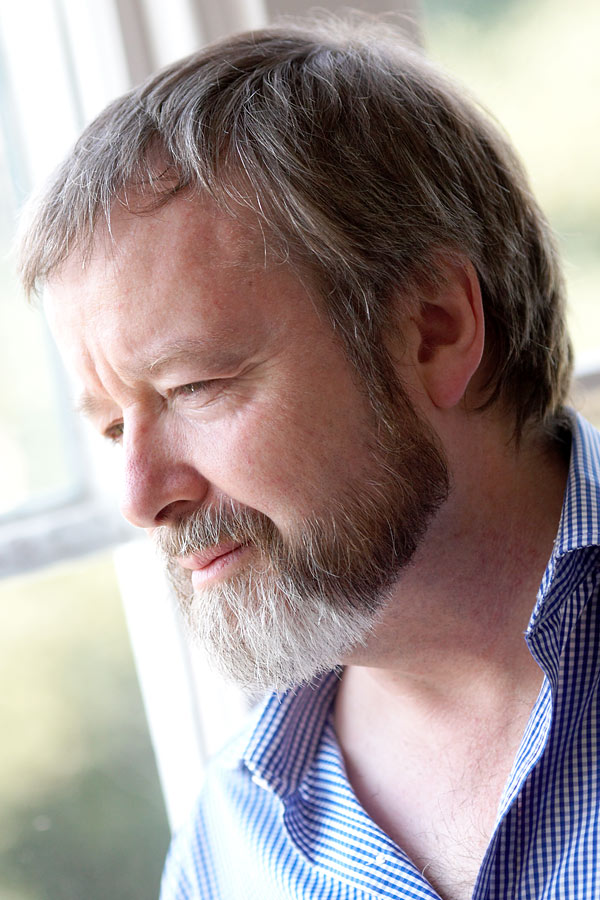 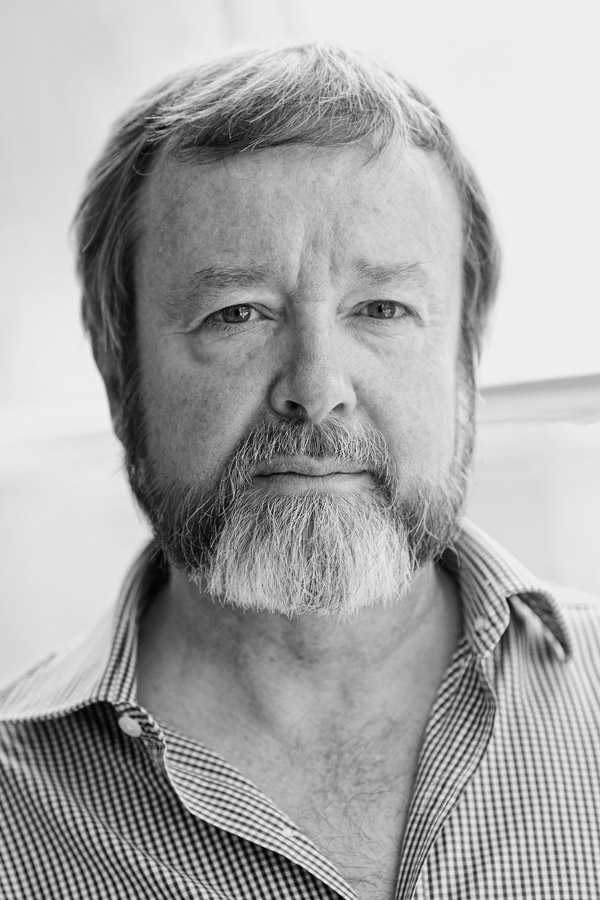